Her Nose is too Translucent, SNH48 former Ju Jingyi' Suspected Getting Plastic Surgery 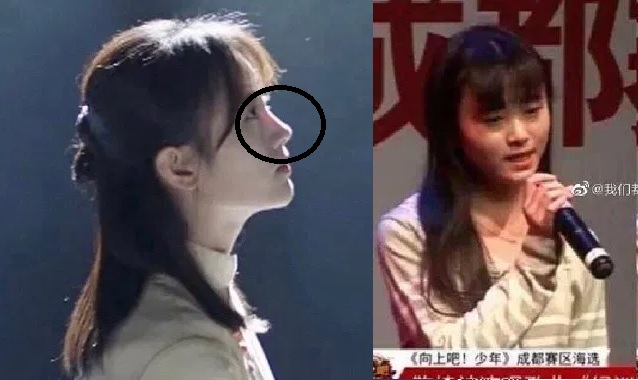 Overseas48.com - Ju Jingyi or Xiao Ju who was former member of Chinese girl group SNH48, was once revered by the Japanese media as “Beautiful girl in 4,000 years”. She  also included as one of the 100 most beautiful faces in the world by TC Candler.

She started filming in drama series and movie after graduating from the group.  In her latest series "Please Give Me a Pair of Wings", there is a scene where her side profile is shown on the screen.  Netizens noticed of her nose was translucent, suspecting whether she got plastic surgery or not.

"The female actress' nose is too translucent!", "My friend got her nose done" comment by netizens on Weibo. Netizens also compared Ju Jingyi’s pre-debut pictures to her now and noticed some obvious differences.

Her fans defended their idol saying it was due to her hairstyle and makeup that makes her look different. There were also some netizens who explained that its using a flashlight so it will be transparant on the thinner parts of your skin, and it can’t be used that as evidence of plastic surgery.